New York, New York – January 19, 2017 – Barnes & Noble, Inc. (NYSE: BKS), the nation’s largest retail bookseller and a leading retailer of content, digital media and educational products, today announced, in partnership with Warner Bros. and The LEGO Group, it is kicking off a three-month-long celebration of the new animated adventure The LEGO® Batman Movie, beginning at stores nationwide with a special event on Saturday, January 28. The launch event will feature fun activities for children ages 5+ including a LEGO-inspired building experience, sing-along and special giveaways. Specific times for the January 28 event will vary by store.

On January 28, young fans of DC’s beloved Super Hero, Batman, and LEGO toys are invited to their local Barnes & Noble store to watch the movie trailer, sing along to a new song from the film and join in a group LEGO build where they will have the opportunity to create their own version of the Batmobile and show it off in store. There will also be special giveaways at the event, available while supplies last, including two limited-edition Barnes & Noble Exclusive collectible trading cards featuring Batman and The Joker (50 each per store) and a special mini poster (50 per store).

In addition, two limited-edition Barnes & Noble Exclusive collectible trading cards featuring DC Super Heroes and Super Villains from the movie will be given away at each event on February 25 and March 11 at Barnes & Noble stores nationwide, while supplies last. Customers who attend all three The LEGO Batman Movie events at Barnes & Noble will be able to put their six collectible trading cards together to create a scene inspired by the movie, which opens nationwide on February 10.

Plus, at the March 11 event, customers will be able to build their very own LEGO Batman Speedwagon to take home. More details on the February 25 and March 11 events will be announced in the coming weeks. Customers should stay tuned.

All throughout the three-month-long celebration of The LEGO Batman Movie, customers are encouraged to check out Barnes & Noble’s robust offering of related merchandise from Warner Bros. Consumer Products’ global licensing and merchandising program, including a selection of books and toys. Featured books will include DK’s The LEGO Batman Movie: The Essential Guide (B&N Exclusive Poster Edition) and Scholastic’s Batman’s Guide to Being Cool (The LEGO Batman Movie), and toys will include The Joker Balloon Escape, Catwoman Catcycle Chase, The Riddler Riddle Racer, Clayface Splat Attack, Killer Croc Tail-Gator and The Batcave Break-In. Customers should contact their local store for more details on what products will be available for purchase. 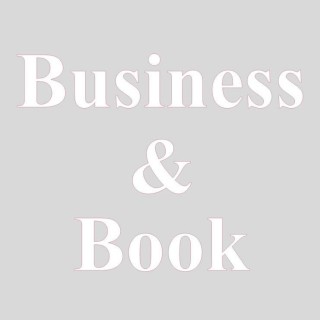